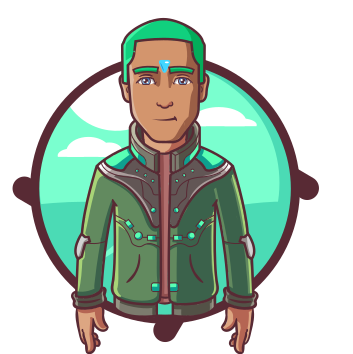 Liquidity pools are one of the core building blocks of decentralized finance. In order to work efficiently, exchanges need a pool of assets (liquidity) that facilitate trading two assets.

Traditionally, this liquidity is provided by centralized exchanges using the order book model and a trusted intermediary. Decentralized exchanges (DEX) replace the order book model by using automated market makers (AMMs) which operate using smart contracts. Rather than executing trades by finding a trading pair using an order book, AMMs use liquidity pools for each asset in their smart contracts in order to execute trades.

Uniswap is one of the leading DEX and one of the most powerful DeFi protocols. Since its inception as the first AMM, the Uniswap protocol has been creating efficient markets and allowing users to put their assets to work for them through the creation of liquidity pools.

With Uniswap V1, users could create a liquidity pool for any token with an ETH base pair using a constant product formula. While this created liquidity or market depth for each asset, it was inefficient to switch between token pairs as everything had to be converted to ETH before trading. If a user wanted to trade the UNI for AAVE, they would need to swap UNI to ETH, then ETH to AAVE.

Uniswap V2 introduced several new features and allowed multiple ERC20 token pairs, allowing liquidity providers to choose the token pairs that they wanted to allocate assets to. This innovation set the stage for exponential growth in AMM adoption and led to Uniswap being the most highly forked DeFi protocol.

The introduction of concentrated liquidity allowed Uniswap to become the most flexible and efficient AMM ever and it also solved some of the problems that earlier liquidity pools created.

Market depth is a measure of how deep the liquidity pools are for assets traded on a DEX. A deep liquidity pool not only supports larger transaction amounts, but also higher transaction volumes. Pools that have low liquidity or market depth end up either not executing or having high slippage, where the expected price of a trade is significantly different than the price at which it was executed.

Alternatively, in order to create the same depth of liquidity as Uniswap V2, LPs need to allocate far less capital, meaning that their remaining capital can be distributed to other investments.

Yield Farmers Want to Put Their Capital to Work

In order to create liquid markets, DEXs incentivize liquidity providers to deposit assets into pools in exchange for a percentage of the trading fees.

Liquidity providers are investors that have capital that they want to work for them, so they seek out yield generating opportunities. Yield farmers are investors who use DeFi to maximize their returns on their investments, often moving from protocol to protocol in search of higher yields.

Using concentrated liquidity, your money works harder for you.

A Word on Impermanent Loss

In the early days of DeFi, retail traders could put their assets to work for them by generating yield in liquidity pools. As the Uniswap protocol has developed and become more capital efficient, it has also made it more difficult for retail traders to participate in providing liquidity.